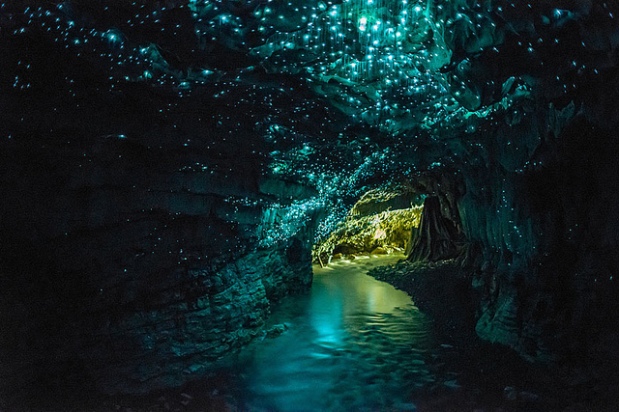 I’ve published ten posts on my blog so far and all of them are based on scientific journal articles. But I also want to occasionally post some interesting and fun science facts so I have put together this amazing list. Hope you have a glowing New Year!

END_OF_DOCUMENT_TOKEN_TO_BE_REPLACED 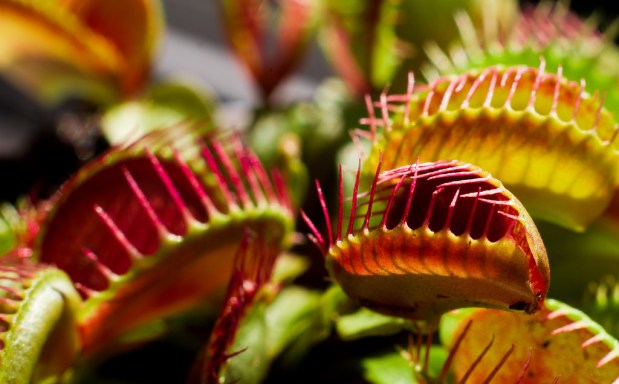 Among all the types of carnivorous plants, snap traps—represented mainly by the iconic Venus flytrap—have fascinated us for centuries. Even Darwin was mesmerized by the plant describing it as “one of the most wonderful in the world.” After all, when do we get to see plants actively “hunting” for insects? It is the Venus fly trap that reminds us that plants are really alive—and can also be murderous.

END_OF_DOCUMENT_TOKEN_TO_BE_REPLACED

My grandmother passed away a few years ago. She had few possessions: only one suitcase full of clothes and a cabinet of dishes.

I thought about how many possessions I had and came to the shocking realization that all my stuff would fill at least five large suitcases. That is when I thought: How many things do I actually use on a daily basis from all the stuff I have? I struggled to think of more than ten items, yet my home is filled to the brim with all kinds of paraphernalia. I felt rather disturbed and guilty when I realized I’ve been hoarding so much stuff for all these years without actually using it.

END_OF_DOCUMENT_TOKEN_TO_BE_REPLACED

If you thought pitcher plants were cool, enter the amazing world of sticky or flypaper traps. These traps are dominated by the genus Drosera, commonly known as the sundews, representing more than 180 species. They are the only genus of active sticky traps, which are most interesting because they often feature moving leaves, and are found in all continents except, of course, Antarctica.

END_OF_DOCUMENT_TOKEN_TO_BE_REPLACED

Humans have always been in awe of birds: their beautiful feathers, their graceful flight, and their sweet songs. These are just some of the features that distinguish them from other animals. Birds are extremely diverse—with over 10,000 living species on Earth—and are found in all kinds of environments, from extremely hot and dry deserts, to the frigid Antarctic.

Penguins are particularly interesting for scientists as they are flightless birds that can swim and have evolved to thrive in the hostile Antarctic environment where few animals can survive. Now, we are a step closer to understanding their evolutionary history, population sizes in response to historical climate change, as well as the genes involved in their ability to adapt to such extreme climates, with an exciting new study published last month in GigaScience, an online open-access BGI-BioMed Central journal.

END_OF_DOCUMENT_TOKEN_TO_BE_REPLACED

Plants are boring. At least that is what I—as well as countless others—thought in school. Animals seemed far more exciting than studying plants. In hindsight, I wonder why I didn’t find plants interesting. One of the reasons was that I couldn’t see plants moving—with the exception of ‘touch-me-nots’ that rapidly fold inward upon touching—and they aren’t cute and cuddly as mammals are. Later, when I learned that plants produce their own sugars using water, carbon dioxide, and sunlight—a phenomenon we know as photosynthesis and achieved by only a few other life forms— I got a little interested.

But what really piqued my curiosity and captivated me was when I learned that some unusual plants go a step further: they have evolved to ‘eat meat’—insects in particular. We normally expect insects to eat plants, which in turn are preyed on by larger animals, as the food web goes. But when the roles are reversed, it is harder for us to digest that plants can actually play the role of predators.

END_OF_DOCUMENT_TOKEN_TO_BE_REPLACED

Noise pollution in the ocean isn’t just a nuisance; it has grave consequences for the survival of some marine organisms. A recent study reveals that ship noises make young eels stressed and when confronted with predators, they are less likely to fend off attacks due to impaired escape behaviors, known as antipredator responses.

While humans have explored the oceans for centuries, ship traffic now is greater than ever before, largely because of international trade. Commercial shipping activity—transporting the myriad of consumer goods we have become increasingly reliant on—pervades the oceans. Many of the goods transported by ships may make our lives easier, but these unfamiliar man-made noises can pose a threat to marine organisms. In some cases, the effects could mean the difference between life and death.

END_OF_DOCUMENT_TOKEN_TO_BE_REPLACED

Sharks, the ocean’s top predators, renowned for their impressive hunting abilities, rely extensively on their keen sense of smell to hunt prey located miles away—earning themselves the label “swimming noses.” But a new study reveals that high levels of seawater acidity expected due to climate change can diminish their ability to track prey through sensing of odors.

The smooth dogfish, a shark whose range includes the Atlantic Ocean off the eastern United States, could lose their ability to sense the smell of food due to ocean acidification if climate change continues at its current pace.
Credit: Danielle Dixson/Georgia Tech

END_OF_DOCUMENT_TOKEN_TO_BE_REPLACED

Few organisms can survive in harsh environments, such as extreme cold or dry conditions, but some species equipped with special adaptations can thrive. The Antarctic midge, Belgica Antarctica, the only wingless insect native to Antarctica, has the smallest insect genome among those sequenced, a likely adaptation to the extreme conditions it is exposed to, according to a new study. Led by Professor Joanna Kelley at Washington State University, US, the study is the first to sequence the genome of an insect found in the poles.

END_OF_DOCUMENT_TOKEN_TO_BE_REPLACED

Some of the bacterial diseases that plague us come from animals—Anthrax, Salmonella, and Lyme disease are just a few examples. Known as zoonotic diseases, their transmission is driven by the ability of bacteria, which are constantly evolving, to adapt to and colonize new hosts.

END_OF_DOCUMENT_TOKEN_TO_BE_REPLACED

Developed nations have dominated global surface temperature change historically, and according to a new study, they will continue to do so until 2030, when developing nations, particularly the two population giants—China and India—will overtake them.

“This is significant,” said lead author Daniel Ward, a postdoctoral researcher from Cornell University, because most human-induced “climate change will come from developed countries until about the year 2030, whereas previous estimates put this ‘crossover’ year at 2020 or earlier.”

END_OF_DOCUMENT_TOKEN_TO_BE_REPLACED

Neha is an aspiring freelance science writer. She writes about the diverse forms of life in our planet, and is particularly interested in infectious diseases.
You can connect with her on twitter @lifesciexplore